Located in the upstate of South Carolina, Greenville is a charming city that has seen a huge amount of growth in the last few years. As the sixth-largest city in the state, Greenville is host to many large and growing businesses. It has also received several awards within the last few years due to its rapid growth. It has been named “The South’s Most ‘Tasteful’ Small Towns” by Forbes, “15 of the Most Underrated Travel Destinations of the Year so Far” by Insider, “Best Places to Live” by Money, and more.

Greenville was originally home to the Cherokee Indians. This was when the city was forbidden to colonists. But when Richard Pearis, a wealthy settler from Virginia showed up in South Carolina, he created a relationship with the Cherokee and established a plantation on the Reedy River, which is now located in present-day downtown Greenville. 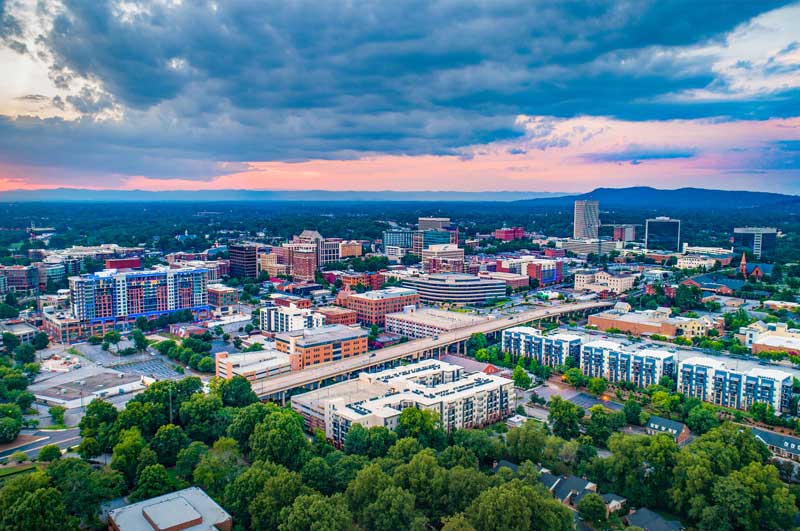 It wasn’t until 1786 that Greenville County was established. The county is said to be named after how green its physical appearance is. Others say it was named after General Nathanael Greene, who served in the American Revolutionary War. However, the modern city was founded by Vardry McBee, who donated land for many academic and religious buildings. He also helped fund many notable universities, including Furman University. Now, Greenville is a bustling city bringing in new businesses, families, and tourists every year.

Getting Rid of Pests in Greenville

With hot summers, Greenville is a prime location for a number of different pests. Many pests and insects will try to make their way inside of your home or business for ideal living conditions. Most of the time, they’ll be looking for a source of food, water, and shelter away from the hot sun. Unfortunately, this can often mean that they’re going to infest your property.

As with many pests, there are several ways you can get rid of insects and pests that find their way into your home or business. Sometimes you’ll be able to handle the problem yourself, but that is often only a temporary solution. Both new and old homes are at risk of a number of different types of pests.

At Nature’s Gate, we have experience dealing with a wide range of different insects and pets. We provide permanent solutions for your home or business so that you don’t have to worry about the pests returning. We also use environment-friendly chemicals so that our pest control is safe for both pets and children. Contact us to inspect your property, and we’ll be able to help you get your pest issue resolved.

If you’re seeing pests make their way into your home, chances are that it is something native to Greenville. Instead of trying to deal with the problem on your own, let the professionals at Nature’s Gate take care of the problem for you. We’re knowledgeable in a wide range of pests, including these common pests found in Greenville:

If you’ve dealt with cockroaches before, you know just how fast they are and how difficult they are to get rid of. Not only are they a nuisance, but can pose health risks if they live in your home. As soon as you notice cockroaches in your home, be sure to hire professionals to take care of the job.

Ants can often be seen as a relatively harmless pest, especially if you only notice a few here and there outside. But sometimes, they can become a huge issue not only outside, but inside your home as well. Trust Nature’s Gate to take care of your ant infestation.

Much like honeybees, hornets have a sting that can cause a lot of pain. Not only that, but their sting is five times more poisonous than a wasp. If you notice any hornets in your yard, it’s best not to provoke them and call professionals right away to effectively remove them from your home.

When you have a pest infestation in your home, don’t wait. Hire Nature’s Gate to take care of the problem as soon as possible. Our trained technicians are skilled in handling a number of different pests and make sure our treatments are effective so that pests don’t return. Contact us today for pest control in Greenville, SC!